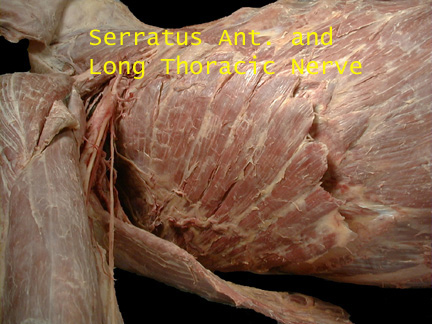 Origin: Outer surfaces and superior borders of the upper eight or nine ribs (11, 22).

Insertion: Costal surface of the medial border of the scapula (11).