Try the Practice Exam for FREE:

This image was made out of, or made from, content published in a BodyParts3D/Anatomography web site

What’s in a name:

Nerve: Spinal portion of cranial nerve XI (accessory nerve) with the trapezius portion of the motor nerve arising from the first 5 cervical segments, ascending through the foramen magnum and exiting the jugular foramen to supply and sometimes pierce the sternocleidomastoid before inserting into the trapezius muscle.  Some accessory fibers may be supplied by the ventral rami of C3 - C4 and sometimes C2; however it has not been determined what the functional significance of these separate neural innervations are. (8,11, 18 - 20).

Note how the accesory nerve (CN XI) continues inferiorly to invest in the lower portions of the trapezius muscle - http://drkamaldeep.files.wordpress.com/2011/05/image10.png

Superficial and Deep muscles of the Posterior Thorax - https://classconnection.s3.amazonaws.com/1211/flashcards/716464/jpg/posteriorthoracic.jpg 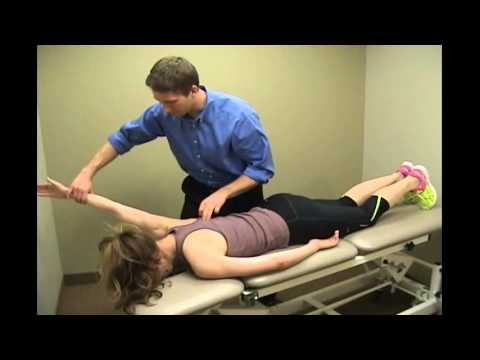 The articular surfaces of the sternoclavicular (SC) joint - Convex-on-Concave (slide opposite roll) in the frontal plane & Concave-on-Convex (slide follows roll) in the transverse plane - https://classconnection.s3.amazonaws.com/184/flashcards/1904184/png/11353978907868.png

My Fascial Hypothesis: Large fascial sheaths not only play a role in the transmission of mechanical force, but may also play a role in dictating the function of muscular synergies. This is likely caused by reducing or increasing tone of invested musculature via reflex arcs formed between mechanoreceptors embedded in the connective tissue and the attached musculature. In this way my view of fascia differs slightly from noted expert on the subject Tom Myers. I think of these large fascial sheaths (specifically the thoracolumbar fascia, iliotibial band, and abdominal fascial sheath) as natures “mother board.” A place for mechanical information to be communicated to the nervous system for more efficient recruitment of the muscular system. Despite having a slightly different philosophy it does not change the fact that fascia plays an important communicative role in the human body and we have Tom Myers to thank for his work. 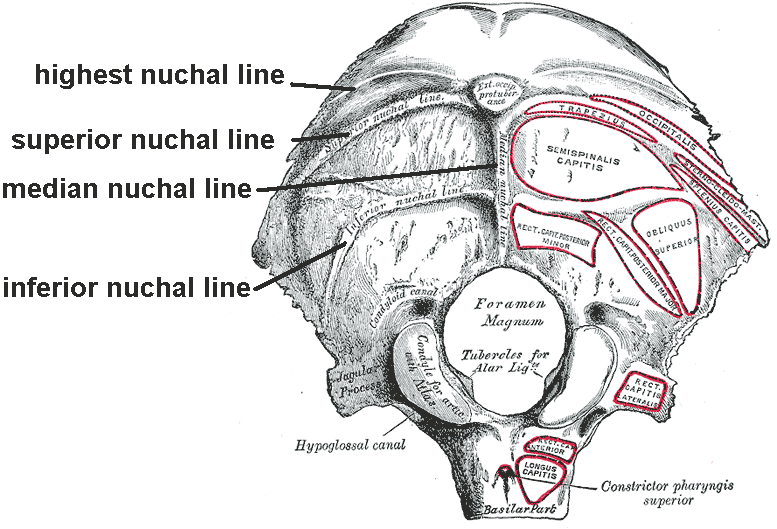 The lower trapezius is most often long and under-active leading to excessive elevation, downward rotation and anterior tipping of the scapula in both static and dynamic postures.  Manual muscle testing (MMT) will often highlight marked weakness in those with shoulder, shoulder girdle and thoracic spine pathology.  Occasionally trigger points are noted, but these are relatively rare when compared and/or differentiated from rhomboid trigger points and/or arthrokinematic dysfunction of the lower thoracic spine resulting in facilitation of the lower traps.

The middle trapezius plays a similar role in postural dysfunction/movement impairment as the lower trapezius, resulting in a decrease in end range upward rotation during arm elevation and anterior tipping during postural assessment.  Careful attention should be given to the relationship between the thoracic spine and middle trapezius.  Dysfunction of one, is often a sign of dysfunction in the other.

Brent's HMS Rule #3: Every joint motion is relative. That is one bone moves relative to the other.

Why do you keep referring to downward rotation of the scapula in UBD,  when I clearly see the scapula elevate during assessment?

Note: scapular downward rotation around a fixed humerus is relative humeral abduction indicating a decrease in length of the supraspinatus and posterior deltoid.

In similar fashion to the example above, the forward motion often noted as protraction may be viewed as anterior tipping and protraction of the upper scapula alone around a fixed inferior angle.

The Upper Trapezius is one of the few "Jekyll and Hyde" muscles.  That is, most muscles that have a propensity toward over-activity are almost always over-active, and those muscles with a propensity toward under-activity are almost always under-active.  It would seem that despite my inclination to label this muscle long/underactive, the upper trapezius may play both roles.  This is not unheard of, as some of the muscles of the core may also play both roles (for example, the Psoas).

Travell and Simons note the upper trapezius may be the the most common site for trigger point development (8).  In light of this evidence, it may be easiest to simply lump the upper trap in with the other over-active, trigger point laden muscles, but we cannot forget that long muscles can have trigger points too.  What if the upper trap is acting like the biceps femoris in Lumbo-Pelvic Hip Complex Dysfunction (LPHCD) - Long and Over-active. Consider how changing length/tension relationships results in decreased force production and efficiency, and the affect that may have on a long upper trap trying to resist gravity's pull on the entire shoulder girdle.  Could trigger points be a compensation to overcome the loss in force production and maintain some level of scapular stability?

Last, there may be some confusion related to the source of trigger points.  If you return to the "Relative Location" section of this article you may note that the upper trapezius lies over several muscles that are commonly over-active.  Namely, the levator scapulae, rhomboids and supraspinatus, and that many clinicians have noted a resolution of trigger points with cervical and thoracic mobilization.  Before one advocates release and stretching for a muscle that may be either under-active or over-active, it may be prudent to check other structures that may contribute to dysfunction.

In Short, all segments of the trapezius muscle may have a propensity toward under-activity and an adaptive increase in length.  This implies that activation, integration and strengthening techniques should be part of a human movement professional's repertoire. The upper trapezius may be over-active in those individuals with the extremes of cervical and Upper Body Dysfunction (UBD) and additional techniques used to reduced tone and increase length (release and stretching) will be necessary for this segment of the muscle. Last, knowledge of cervical and thoracic mobilization techniques maybe useful for long-term resolution of altered activity and length (see videos below).

Signs of Altered Length/Tension and Tone:

It is my humble opinion that many trigger points believed to be trapezius trigger points, are actually levator scapulae, supraspinatus and rhomboid trigger points.  Further, some trigger points in the trapezius are nothing more than satellite sites originating from the cervical and thoracic spine dysfunction (arthrokinematic facilitation).

Questions, comments, and criticisms are welcome and encouraged.