Note: The subscapularis is one of the four muscles of the rotator cuff. The infraspinatus, teres minor, and supraspinatus are covered in separate articles: 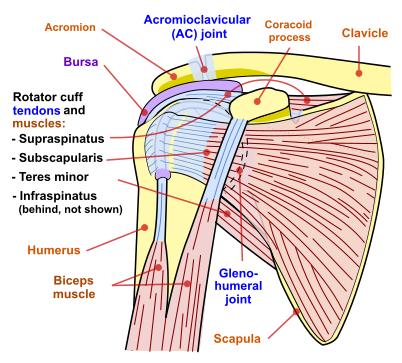